The offense can arise from very simple schemes to highly complex conspiracies. Most white collar crimes are violations of both Ohio and federal law. For example,  mortgage fraud is a violation of Ohio law that can be prosecuted under state theft, money laundering, and RICO statutes. Likewise, mortgage fraud is also a federal offense that can be prosecuted under federal bank fraud, mail and wire fraud, money laundering, and conspiracy laws.

Obstruction of Justice and Tax Fraud

White-collar defendants often complicate matters and increase their criminal exposure by committing additional crimes to cover-up the original offense. For example, if a person that is under investigation for tax fraud, deletes emails, alters documents, or destroys evidence after receiving a subpoena then such actions could result in an additional offense like obstruction of justice; and/or in the alternative, the person could face a more severe penalty if he is charged eventually with tax fraud.

When dealing with federal crimes, all white-collar defendants will be sentenced pursuant to the United States Sentencing Guidelines (Guidelines or U.S.S.G.). The Guideline Sentencing Table is an XY graph with a defendant’s Criminal History on the X-axis and the offense level on the Y-axis. As one moves to the right on criminal history, i.e. a more significant record, and downwards on the offense level, i.e. a higher level, sentences increase. In most white-collar cases, the sentencing is related to the loss to the victim with a greater on higher value loss resulting in a more severe sentence.

The Guidelines are very complicated with many exceptions, enhancements, and nuances that can be only be understood by reviewing application notes and case law from the federal appellate courts. Any person with a question related to the Federal Sentencing Guidelines like “how much time am I facing” should talk with an experienced criminal defense lawyer.

Likewise, any individual who is contacted by state or federal law enforcement should contact an experienced lawyer immediately before talking to them. Attorney Edwards has represented numerous individuals in all types of white-collar offense from insider trading, mortgage fraud, tax fraud to simple petty theft cases. Call him at 614-309-0243 should you have any question BEFORE you speak to law enforcement. 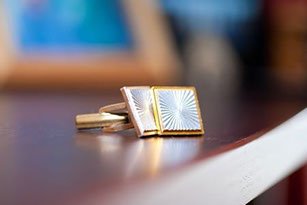