In September of 2018, eighteen men from Chicago had their drug convictions thrown out because it was discovered that they had been set-up by a corrupt detective. The men had complained to their criminal defense lawyers and to judges that drugs had been planted on them, but no one listened. It wasn’t until the crooked cop got busted in an F.B.I. sting did an investigation begin. It revealed the corrupt actions in the previous drug cases. Many of the men who had been victims of the cop were wrongfully convicted and serving time in prison.

Wrongful convictions don’t just occur in Netflix dramas like Making A Murderer or podcasts like Serial or, for that matter, even just in big cities like Chicago. Wrongful convictions do occur in Ohio, and a Columbus Appeals lawyer can help. The National Registry of Exonerations stated that since 1989, wrongful convictions have stolen at least 20,000 years from innocent individuals. In that time, approximately 2,265 individuals have been released from prison, with over 400 in the last three years. These numbers do not reflect the individuals who have won cases on appeal or in federal habeas and/or have successfully received reduced sentences.

My first experience with a wrongful conviction case occurred in the late 90’s when I represented a young man from Columbus, convicted of murder. The evidence against him was not particularly strong, but the court allowed the State to introduce hearsay testimony of a witness who refused to testify at trial. By allowing the introduction of this evidence, the jury found  my client guilty.

On appeal, we argued that the trial judge committed error by allowing the hearsay testimony into evidence. The Court of Appeals agreed with the argument and the murder conviction was overturned, meaning my client got a new trial. But, more importantly, the prosecutor, because the hearsay testimony could not be used, did not have the evidence to retry the case and dismissed all charges.

My client went from a convicted murderer and having a life sentence to being released from prison and being a free man with no pending charges. Since that time, my office has handled hundreds of wrongful conviction/appeal matters at the state and federal levels, including:

Wrongful convictions can result from many factors but the most common characteristics are as follows:

The pathway to getting someone released from prison is difficult and legally complicated. A lawyer must navigate the state and federal court systems which place strict time limits for motions and petitions to be filed. Certain issues must be raised within these time limits and in most cases, the lawyer who represented the wrongfully convicted person should not be the same lawyer who does the appeal. Not only will a ‘fresh set of eyes’ be helpful in examining the case, but it also allows the wrongfully convicted to raise the issue of ineffective assistance of counsel (IAC). Mistakes made by trial counsel are by far the most common reason for a person to prevail in an appeal.

When an innocent person is convicted, he or she as well as friends and family members can lose hope. But every great result in these cases begins with a call to and a meeting with an experienced lawyer to look over the case and re-examine the evidence.

If you believe you or your loved one has been wrongfully convicted, call Attorney Joe Edwards for a consultation at (614)309-0243. 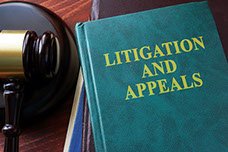