Although many weapon offenses exist under Ohio law, the charges normally fall into 2 distinct categories: 1) possessing a weapon in a manner (concealed) or at a location (Bar or School Zone) contrary to law; or 2) possessing a weapon while the individual is under a “disability,” i.e. a previous conviction which prohibits possession of a firearm in any manner. While these two categories are relatively straightforward, many complex issues can develop in even the simplest weapons case. For example, a crucial question to examine is how did the police find the weapon? Was it a traffic stop? Was it a “stop-n-frisk?” If so, why did the police stop the car or person and conduct the search? Were the person’s Fourth Amendment rights violated by an illegal search? These are very important questions to consider, and if a constitutional violation is proven, it could have a great impact on the case and may, in some instances, result in the charges being dismissed.

Ohio law has recently enacted legislation which allows its citizens to lawfully carry a concealed weapon by applying for and receiving a permit under § 2923.125 – Ohio’s Concealed Carry Law. But concealed carry permit holders are required to notify officers if stopped of the weapons they possess. In addition, permit holders cannot be under the influence of alcohol or a drug of abuse while in possession of a weapon. If this occurs, the authority to possess the concealed weapon is vitiated and the concealed carry permit holder can be charged with a felony offense.

Relief From A Disability

Ohio law also allows its citizens to seek relief from a “disability” by petitioning a court under R.C. § 2923.14. If successful, the disability from the prior conviction is “purged” and the person’s Second Amendment rights are restored as if the offense had not occurred. This not only allows them to purchase and possess a firearm but also to apply for a concealed carry permit.

Sentencing on weapons cases in Ohio varies greatly and focuses heavily on the offenders record and the circumstances surrounding the possession, i.e. where was the offender located? Was there evidence of drug dealing or other illegal activity? Was the offender intoxicated or under the influence of drugs at the time? In Weapon Under Disability (WUD) cases, prosecutors can add onto the charge a “firearm specification” which means that the offender must serve at least one year in prison in addition to the time on the underlying offense.

Because of the complex and serious nature of Ohio law, any individual charged with a weapons offense should retain an experienced criminal defense lawyer to ensure that their rights are protected. 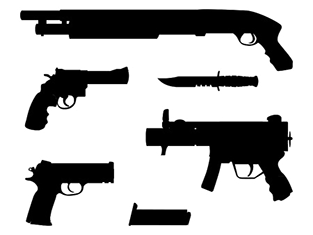