Under Ohio Law, offenses of violence can range from misdemeanor assault charges arising from bar fights to capital murder cases where the defendant faces the death penalty. In my 25 years as an attorney, I have represented hundreds of individuals charged with violent crimes which has included the trial of over 15 murder cases. But regardless of the offense level, crimes of violence are always a significant challenge, because the accused is charged with causing some degree of harm to another either with his hands or a deadly weapon. These cases are further complicated by legal issues like self-defense, identification, causation and constitutional issues like Miranda and illegal searches. Set forth below is a brief summary of Ohio law dealing with some of the relevant offense involving crimes of violence.

Felonious Assault is defined in R.C. § 2903.11 and charged when a person inflicts serious physical harm upon another with or without a weapon. A simple punch in a bar fight can change from a misdemeanor to a felonious assault and a prison sentence if the victim breaks his jaw or suffers a serious head injury. Felonious assault carries a prison sentence under Ohio law of up to 8 years and is an offense that is viewed harshly by prosecutors and judges especially if  the victim has suffered a permanent injury.

Assault (a misdemeanor) under Ohio law is defined in R.C. § 2903.13 and is a lesser offense from felonious assault, in that, assault occurs when a person causes, or attempts to cause, physical harm to another. In assault cases, the victim does not suffer a serious injury and/or the offender does not have a deadly weapon. As such, assault is a misdemeanor and punishable by a jail sentence of up to 6 months. In most instances, a person charged with assault will receive probation but judges have been known to sentence defendants to short stays in the county jail (15-20 days). This often occurs if the offender has a lengthy record or he has exacerbated the situation by committing post-offense bad behavior by threatening or stalking the victim and/or witnesses to the offense.

Domestic Violence (D.V.) is a violation of R.C. § 2919.25 and is a misdemeanor of the first degree and occurs when an assault takes place between household members. But a D.V. case is rightfully considered a serious offense under Ohio law. In fact, all central Ohio police departments will automatically place an individual under arrest if he/she is charged with D.V. The police will not allow the accused to leave the premises with a summons and to appear in court on a later date. As stated, the accused D.V. suspect will be charged, arrested, and taken directly to jail. In addition, no “standard bond” exists in a D.V. case; meaning, if you are arrested, then a friend cannot bond you out of jail through the clerk’s office. Rather, you must appear before a judge and have a bond set. If a person has a D.V. warrant issued for their arrest, the procedure is similar, i.e. the person must turn themselves in to the jail unless a lawyer is able to have said accused appear before a “duty judge” and have a bond set. Often, prosecutors will object to this procedure for reasons unknown so the lawyer must be persuasive in getting a bond set to avoid the client going to jail.

Once a domestic violence conviction is on a person’s record it cannot be expunged. In fact, a second D.V. conviction will often lead to a felony offense and the risk of a prison sentence.

In addition to the charge of D.V., Courts routinely issue “stay away” or “restraining” or “protection” orders where the accused defendant is told to avoid all contact with the victim. If the Court’s order is violated, the defendant faces not only a new charge but a bond revocation on the D.V. charge. Often times a person resolves the D.V. charge but forgets that a protection order still exists on the case and contacts the victim via email or text message. Unfortunately, this contact, even about an innocuous matter, can result in a new felony charge or a violation of a probationary period.

Child Endangering is a violation of R.C. § 2919.22 and prohibits a wide range of conduct and focuses upon a parent or caregiver harming a child and/or placing the child in a position which creates a serious risk to the child’s health or safety.  Specifically,  R.C. § 2919.22(A) addresses the issue of risk and prohibits placing children in situations where there is a substantial risk of harm. For example, the parent who leaves a young child in a car unattended while going into a grocery store could be charged under this provision. Likewise, the parent who leaves a child in a room with a loaded gun or a dangerous drug could be prosecuted. Placing the child in a risky environment is normally a misdemeanor or low level felony offense, however, if the child suffers an injury, for example, a dangerous dog bites the child or a child accidentally shoots himself with a firearm then the parent could face more serious felony charges that would expose them to a prison sentence.

R.C. § 2919.22(B)(1)(2) and (3) prohibits the parent or caregiver from abusing, torturing, or administering excessive corporeal punishment to a child. These cases can arise from parents “shaking” a baby excessively if crying should persist resulting in what is commonly known as Shaken Baby Syndrome. In addition, excessive corporeal punishment, i.e. using a switch or an appliance cord, that causes serious cuts and bruising could be charged as domestic violence or child endangering.

All crimes involving violence upon another are challenging and complex. The police investigate these matters will try to talk with the suspect with the purpose of obtaining admissions or an outright confession. Anyone who is a target of an investigation or has been charged with a crime of violence needs to understand that time is of the essence. You must contact an experienced lawyer right away and especially before talking with the police. If you are charged with Child Endangering, Felonious Assault or Misdemeanor Assault, Domestic Violence or a related offense in Central Ohio, call the Columbus, Ohio office of criminal defense lawyer Joe Edwards at 614-309-0243. 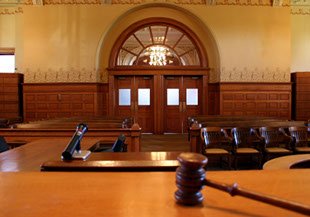