Juvenile courts hear cases where the defendant is 18 years of age or younger and has been charged with a felony, misdemeanor, or traffic offense for adults under Title 29 of the Ohio Revised Code. These charges can range from very serious matters like murder, rape and drug trafficking to underage drinking, assaults, and speeding tickets.

Unlike the adult criminal justice system, the juvenile system’s primary goal is to rehabilitate defendants. This is the major difference between the juvenile system, and the adult criminal justice system which is designed with punishment as the primary goal. Thus, the court is often more lenient with minors as they are considered to have more potential for positive changes and less culpability than adult defendants.

When a minor defendant comes before a juvenile court, the court considers factors such as age, severity of the offense, past records or offenses, weight of the evidence, and psychosocial history among other factors. The court will also consider the minor’s attitude and presentation before the court. For instance, the court will take into consideration whether the defendant exhibits remorse and indicates a desire to change their future behavior. Judges will also consider factors pertaining to public safety and the overall best interest of the defender when fashioning an appropriate sentence.

Some juvenile traffic offenses do not require the minor to actually appear in court. These offenses are often first time offenses or those of a less serious nature. The minor can waive the option to appear in court at the Clerk of Courts, however, this also constitutes an admission of guilt. The clerk will assess their fines, and the minor will still be responsible for court costs, In addition to any fines and/or costs imposed,  the minor may be required to complete a traffic safety course.  These procedures and consequences do not apply to minors who drive under the influence of alcohol or drugs, drive without a license,  or drive with a suspended license.

Juvenile and underage drivers who have been charged with driving under the influence (DUI) face a particularly time in the court system, as most states have some form of a zero tolerance statute. These statutes generally make it illegal for anyone under the age of 21 to operate a motor vehicle after consuming any alcohol, whereas, adults must have a blood alcohol level of .08 or above to be charged with a DUI. However, similar to adults, juvenile and underage drivers face jail sentences, heavy fines, and suspension of their drivers license. They may also face additional charges that increase their exposure to further sanctions such as minor in possession of alcohol and/or underage drinking. Similar standards apply to drug uses cases.

Sealing and Expunging A Juvenile Record

A juvenile record can have consequence beyond that effect many aspects of life long after reaching the adulthood. For example, potential employees may discover juvenile convictions when doing a routine background check. Fortunately, there are options to make sure your past mistakes stay in the past like sealing or expunging your record. These terms are often confused and used interchangeably, but they have different requirements and end results.  Sealing a juvenile record means that the general public will not have access to the record, although certain government entities may still be able to obtain it. Expunging a juvenile record results in no entity, government or public, having access to the juvenile record. Both processes can be difficult and time consuming, and the best results are achieved with the assistance of an experienced criminal defense attorney.

As the above summary indicates, the juvenile criminal justice system is complex and can have far reaching consequences. Juvenile courts are a hybrid-type forum that blends many criminal and domestic issues which makes it crucial for juvenile’s to be represented by counsel during the proceedings. Attorney Joe Edwards served as a juvenile court prosecutor for two years and has been representing juveniles in the court system for over 20 years on matters ranging from traffic violations to crimes of violence. If you know a juvenile who has been charged with a criminal or traffic offense, contact criminal defense attorney Joe Edwards at 614-309-0243. 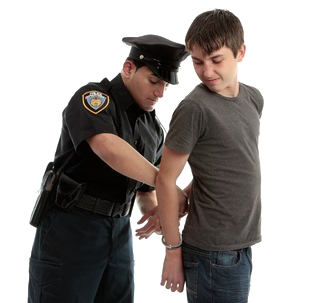