Overdose deaths due to heroin have tragically increased in Central Ohio and Columbus in the past 5 years. This is due in part to the increased costs and poor availability of prescription pain killers like ocycodone, ocycontin, and percocet as the result of the closure of numerous “pain clinics” that would routinely prescribe these drugs to anyone that so requested. Individuals addicted to opioids are now turning to heroin because it is more available and low in costs. Likewise, a new generation of users have turned to heroin which has made its way from inner cities to the suburbs and rural areas of Columbus, and Central Ohio.

With the influx of heroin in the Columbus, Ohio area, State and Federal Law Enforcement Officials have increased the investigations of those involved in heroin leading to more arrests and prosecutions.

When a person is charged with selling more than 5 grams but less than 10 grams of heroin, he faces a felony of the third degree with a presumption of prison unless the offense is enhanced due to its proximity to a school or juvenile. Mandatory sentences for State Court heroin trafficking offenses occur when a person is involved in the sale of more than 10 grams. This amount, i.e. at least 10 grams but less than 50 grams, places you at a felony of the second degree and requires the judge to sentence you to at least 2 years of “mandatory” incarceration. A mandatory sentence means that a judge must sentence you to prison and that you are ineligible for an early release.

In Federal Court, heroin conspiracy and trafficking usually involve larger amounts in the area of at least 1/2 to the 1 kilogram level. A person charged with a heroin offense in Federal Court will be subject to the United States Sentencing Guidelines (U.S.S.G.). A person who possesses at least 1 kilogram but less than 3 kilograms is placed at an offense level of 30 and faces a sentencing range of 97-121 months. The Federal Sentencing Guidelines are very complicated and sentences can be increased or decreased based on an offender’s criminal history, role in the offense, mental health and addiction issues as well as whether a firearm was possessed during the offense.

As one can see, a criminal offense involving the trafficking or possession of heroin us a serious offense at both the State of Ohio and Federal levels, A person can face a significant period of incarceration, high fines, and the seizure of personal property. If you are being investigated or charged with a heroin related offense, then you need to contact a criminal lawyer experienced in defending heroin charges to ensure that all of your rights are protected. 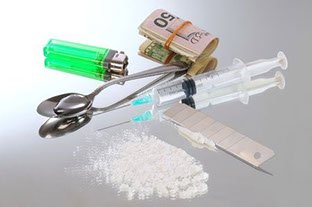