Possession of cocaine is a severe offense that has severe fines and can even involve prison time. Any person charged with such an offense should contact an experienced drug defense lawyer to make sure all your rights are protected.

Ohio revised Code § 2925.11 sets forth the law related to the possession of cocaine. At the outset, one must understand that possession of cocaine in any amount is a felony offense punishable by a term of incarceration. However, lower levels of possession, i.e. amounts under 10 grams, are felonies of the fourth and fifth degrees and USUALLY the offender will receive probation (community control) rather than prison. But if the offender has a record of illegal drug activity or possessed a firearm during the offense, a judge may consider imposing a term of incarceration.

As with all drug laws, possession of cocaine penalties increase as the amount of drug possessed increases. As such, possession of more than 10 grams but less than 20 grams is a felony of the third degree and carries with it a presumption of a prison sentence. In addition, if the offender has been convicted of 2 previous felony drug offenses, then the offender faces a mandatory term of imprisonment. Penalties for possession of cocaine become harsh when someone possesses more than 20 grams of the drug. For example, possession of 25 grams of cocaine is a felony of the second degree and the court must sentence the offender to a mandatory period of incarceration of at least 2 years and potentially up to 8 years. A judge will look at the offender’s criminal history and facts in the case to determine the appropriate sentence. If an individual is arrested with a large amount of cash, then a judge is more likely to increase the sentence due to a belief that the offender is heavily involved in the cocaine drug trade. 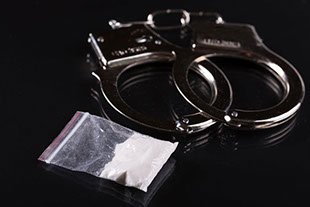