The home has always been a treasured place in the United States. But on March 13, 2020, Louisville police officers entered the home of Breonna Taylor with a battering ram.  They were executing a search warrant in the drug-trafficking investigation of Ms. Taylor’s boyfriend who may have been receiving packages at her residence.

Racial tensions in the United States were brought to a fever pitch.  Black Lives Matter movement organizers responded to Taylor’s death as they had to the police killings of Eric Garner, Michael Brown, Stephon Clark, and many others.  Police brutality protesters and anti-protesters took to the streets, often leading to violent interactions with law enforcement.

Warranted Entry and the Fourth Amendment 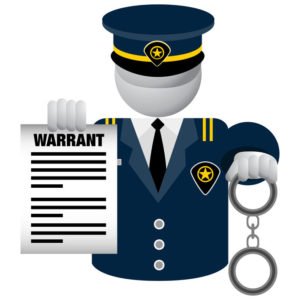 The Fourth Amendment guarantees the right to be secure against unwarranted search and seizure.  If so, how what led to the circumstances of Breonna Taylor’s death?

It all comes down to warranted entry.  This is the key exception to our protection against search and seizure.  Magistrates sign warrants at the request of law enforcement officers daily. Getting a warrant signed is a streamlined process; however, it’s not as easy as an officer calling a judge to ask for permission to rifle through a suspect’s property or put a suspect in handcuffs. For an officer to obtain a warrant to search or to arrest, there must be:

Regarding the warrant for Breonna Taylor’s home, it cannot be said whether these requirements were fulfilled by law enforcement officials, but a Louisville magistrate did ultimately approve the warrant to search.

Knock or No-Knock Requirement for Warrants?

The warranted search of Ms. Taylor’s residence was granted, but how should it have been conducted?  Did police officers need to knock on the door? Did they need to state who they were and the purpose of their visit?

Typically, the answer to all the above is “yes.” In executing a warrant, a law enforcement officer must knock, announce their presence and their role with police, and why they are there. This is for all warrants except the “no-knock” warrant.

The “no-knock” warrant is issued when a judge agrees that announcing law enforcement’s presence may allow suspects to destroy potential evidence or that no knocking might be necessary for the safety of officers or suspects. Does this seem right? Was there really a risk of any evidence being destroyed, or harm to the police, if they had said who was at the door? Without being in the room where the warrant was signed, or speaking with Breonna Taylor herself, there is no way to know.

Since Breonna Taylor’s death, the “no-knock” warrant has been banned in the city of Louisville.

How many “no-knock” warrants are pending in Ohio? Governor DeWine reported in 2019 that there is no tracking system for these warrants, but a guess is that there are approximately more than 500,000 open warrants in the State[LK1] .

Should you find yourself facing a warrant or involvement in a criminal investigation, call Columbus defense attorney Joe Edwards today at (614) 309-0243