As a Columbus, Ohio federal drug charges defense lawyer, Joe Edwards understands the differences and intricacies of a federal criminal drug case, which is a highly specialized and complex area requiring an experienced federal lawyer. Attorney Edwards has handled numerous federal drug charges cases over the past 25 years and has represented individuals charged with the offenses of conspiracy and possession with intent to distribute involving cocaine, crack cocaine, heroin, marijuana, oxycondone/OxyContin, and crystal methamphetamine.

In Federal Court, prosecutors routinely charge the offense of “conspiracy” and allege the crime involved a group of individuals who came together to sell drugs. By so doing, prosecutors will argue that the defendant is responsible for not only the drugs he sold but also for those sold by other members of the conspiracy. This concept is called relevant conduct and illustrates why Federal conspiracy charges are troublesome to defend and expose a person to significant criminal liability.

Your federal drug charges lawyer must understand that unlike the state level, federal criminal law makes no distinction between possession and dealing/trafficking from a penalty perspective. The United States Sentencing Guidelines (The Guidelines) control federal sentencing and base the range of incarceration on the total amount of drug sold along with the offender’s criminal history. The Guidelines also vary greatly in relation to the drug involved in the alleged offense. Drugs like crack cocaine, heroin, and crystal methamphetamine are treated more harshly than drugs like marijuana and cocaine for sentencing purposes.

For example, possession of at least 1,000 kilograms but less than 3,000 kilograms of marijuana places a person at Guideline level of 30, with no significant criminal history, the sentencing range for a level 30 is 97-121 months. But a person who possesses heroin in an amount of at least 1 kilogram but less than 3 kilograms is also placed at a level 30 and faces the same potential sentence.  With the drug crack cocaine, a person gets to level 30 by possessing at least 280 grams but less than 840 grams or roughly 20-25 ounces. Crystal methamphetamine is treated more harshly than most other drugs in the Guidelines. To get to a level 30, a person needs only to possess 35 grams to 50 grams of pure ice.

Cocaine offenders are treated better under the Guidelines but still face harsh sentences. Possession or dealing of 1 kilogram of cocaine places an offender at level 26 and in a sentencing range of 63-78 months. But if the person has a lengthy record and a Criminal History Category of IV, the same dealer of 1 kilogram of cocaine has a sentencing range of 92-115 months.

Federal sentences can be enhanced upward or departed downward for many reasons under the Guidelines. It is incumbent that the offender’s attorney know the nuances of the Guidelines. For example, an offender’s guideline range can be reduced by 2-4 levels depending on his “role in the offense.” Even a 2 level departure downward can reduce a person’s 12-18 months. The Guidelines treat the organizers and architects of drug conspiracies harsher than the low level dealers or “mules/couriers.” Likewise, if an offender is a substance abuser or has mental health issues, he can receive treatment and a reduced sentence. The RDAP Program (Residential Drug Abuse Program) is an intensive 6 month, 500 hour substance abuse program administered by the U.S. Bureau of Prisons. Those that qualify receive the benefit of a great drug treatment and a 12 month reduction in their sentence.

To get a reduced sentence, the offender’s lawyer must file a motion with the court and argue the relevant Sections of the Guidelines. Because of this, it is important for a person charged with a drug offense in Federal Court retain an experienced federal drug charges lawyer at the first contact they have with law enforcement.

If you find yourself under suspicion or facing Federal drug charges contact Federal Drug Chargews Defense Attorney Joe Edwards at 614-309-0243. 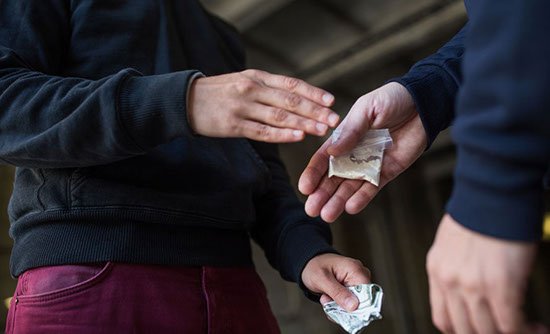