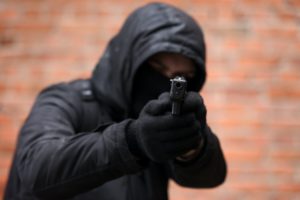 And Columbus is not alone. Chicago, Philadelphia, Los Angeles, and New York also note sharp rises in gun violence. Kansas City, Missouri, and Indianapolis, Indiana are on pace to set records for the number of killings in a single year. Places such as Las Vegas, Nevada and Dallas, Texas which initially saw a reduction in homicide numbers are now reporting they have exceeded previous years’ statistics. Shocked experts are frantically asking why.

The Link Between Stress and Violent Crime

Criminologists are finding connections between pandemic stressors and rising violent crime rates. Whether it is “…poverty, isolation, lack of employment or chronic underemployment, children being out of school, and hopelessness, the pandemic has worsened many of the underlying factors contributing to violence.”

And the pandemic makes it more difficult to reach out to people at risk. After school sports, community outreach programs, and non-profit groups who work to reduce conflict are not safe to resume as record numbers of Covid infections are recorded.

Many experts believe there may be continued violence until these programs can be reestablished. Interestingly, not all types of crime have increased. Less violent crimes like burglary, theft and robbery decreased last summer, especially during the nationwide shutdown. Expert Richard Rosenfeld, a criminology professor at the University of Missouri St. Louis, explains how the shutdown in March affected less violent crimes. Think of it this way: with more people staying at home, fewer houses and cars were broken into. Less people leaving the home to go to dinner or to parties meant fewer opportunities for robbery or thefts to occur. This is one theory. It will likely take years of analysis to ascertain what caused any of these differences in crime. 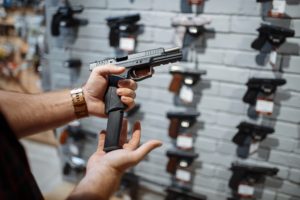 With the increase in violent crimes such as shootings, aggravated assault, and murder, there has also been an increase in the sale of guns. Statistical reports compiled by the FBI indicate an all-time record of NICS background check requests. This request is the commonly known ‘background check’ required of firearm dealers who hold a Federal Firearm License. This process must be performed before legally transferring a firearm to a buyer.

Requests are at their highest volume since the system’s creation over 20 years ago. From March to May 2020, the FBI received 9.7 million background check requests, compared to 7.3 million requests received in the same period in 2019. This resulted in an estimated 5.9 million guns sold from March to May 2020, an 80 percent increase over the same time last year. These dates coincide with the first period of individual state mandates such as Stay at Home orders and the overall uncertainty over the rapid spread of the coronavirus.

Notably, if the NICS background check is not completed within three days, the gun sale can proceed. Data shows that more than twice as many gun background checks were immediately delayed in March 2020 than March 2019. This leads experts to believe there could have been delays which resulted in the sale of guns to otherwise non-qualified buyers. The reports do not address the number of suspected illegal sales of guns which did not undergo checks.

If you need a lawyer for a criminal State or Federal case, call Attorney W. Joseph Edwards at 614-309-0243 who has 30 years experience representing clients.