The Debate Over Consent: When “Yes Means Yes” and “No means No” 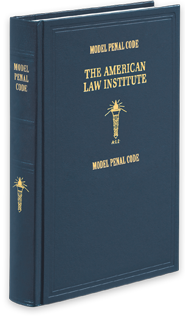 It is not difficult to find an article in the paper or a story on the news about a contentious sexual encounter. These stories seem to be everywhere lately. But, if you dissect each of these seemingly different encounters, all of the stories revolve around the idea of consent. When does someone consent to a sexual encounter and what is the magic word? The answers may seem obvious but consent can be much more of a grey area than it may seem on the surface.

Try this scenario: Two people go out for dinner and drinks. They chose the time and place for dinner. The evening goes well and one of the participants invites the other back to their place for drinks. Once back to their apartment, one thing leads to another and the seemingly happy couple have sex. Has a sexual assault occurred? The answer might surprise you; it depends on where you live. In some states, the answer would be no. Consent could be implied by any verbal or nonverbal communication suggesting either participant did not wish to engage in sexual activity that evening. However, some states are beginning to make affirmative consent a requirement before engaging in sexual activity. In those states, a sexual assault has occurred.

Many years ago, a campaign was launched to bring awareness to the alarming rates of sexual assaults that take place nationwide each year. The slogan “no means no” became synonymous with our understanding of sexual assault. Not only was it widely recognized, it eventually became codified into new legislation to correct outdated criminal statutes in many states. Prior to the awareness campaign, many states’ criminal statutes required the victim of an alleged sexual assault to prove they attempted to resist their assailant or that some force or threat of force was used to coerce them. It was not enough to prove they simply said no to the sexual activity in question. The “no means no” campaign led many states to take out the force requirement out of their criminal statutes. For example, Ohio’s statute, O.R.C. 2907.02, requires the state only prove lack of consent. It specifically states that, while force may be involved in the assault, it is not a necessary element of the crime. So, for over two decades, “no means no” was the hallmark of sexual assault legislation.

There is a new slogan taking over the discussion surrounding consent. The slogan “yes means yes” is swiftly becoming the topic of conversation at universities’ conferences on sexual assault. In July, California became the first state requiring colleges to apply an affirmative consent approach to dealing with sexual assault cases. Consent, under the new requirement, is “an affirmative, unambiguous, and conscious decision by each participant to engage in mutually agreed-upon sexual activity.” Consent is not just a one-time deal under the new legislation rather consent must be given throughout the sexual encounter at every step. California is not alone. New Hampshire, New Jersey and New York are also introducing similar bills to their legislatures. Many universities, including The Ohio State University, have already incorporated the affirmative consent language into their Student Conduct Manual. The Ohio State University defines consent as “the act of knowingly and affirmatively agreeing to engage in sexual activity.”

Universities are not alone in debating the true definition of consent. At the American Legal Institute’s annual conference, legal scholars and practitioners from around the country are discussing and drafting model legislation. Congress and states often use these model statutes to draft their own laws. Over the last three years, the ALI has been attempting to update the model penal code sexual assault statute. The debate has centered around whether consent and what counts as criminal sexual contact needs to be changed to include a broader scope of activities. Specifically, these legal scholars are deciding whether to replace the lack of consent with affirmative consent or some hybrid of the two in the model penal code.

If you need a lawyer for a criminal State or Federal case, call Attorney W. Joseph Edwards (614-309-0243) who has over 25 years experience representing clients in these legal matters.